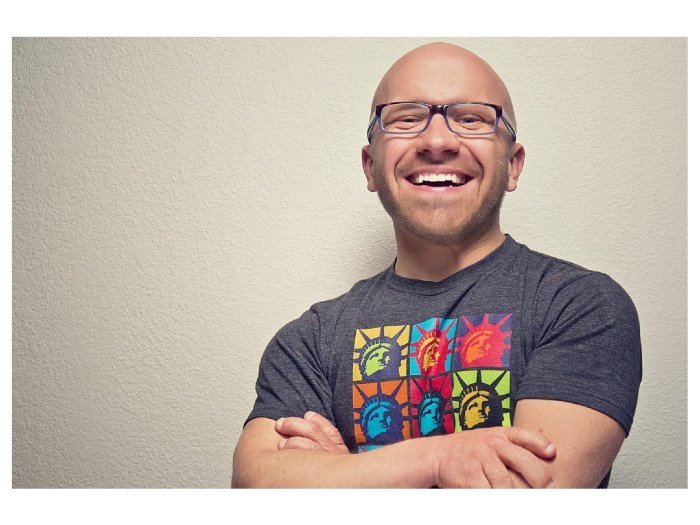 Christophe Zajac-Denek was born with Cartlidge Hair Hypoplasia. I started seeing a dwarfism specialist at age 2. Christophe had 2 reconstructive leg surgeries (ages 6, 16) and a spinal fusion (age 17, fused from T1-L4).  He is 4’4″ tall. Christophe attended college at Michigan State University. He worked as a TV producer for local community stations.  Christophe started a rock band in which he played drums. He toured the US and Europe for 6 years. He has dealt with a lot of press in Detroit and opened for Iggy Pop, Motion City Soundtrack, My Chemical Romance, Ok  GO, and more. Christophe left the band and moved to Hollywood to pursue music. Christophe ended up getting work in the acting/film industry as an actor/stuntman for various productions. Notable productions that he has worked on: Twin Peaks, Jimmy Kimmel Live!, Oz: The Great And  Powerful, Fresh Off The Boat, My Dinner With Herve, Insidious 4.

Christophe started a podcast a year ago called I’m Kind Of A Big Deal. It is about the unique lives of people affected by dwarfism. He interviews little people and discusses the successes, the struggles, the funny, and the real day-to-day experiences we, as little people, face. My goal is to build a bridge between little people and the average height world. 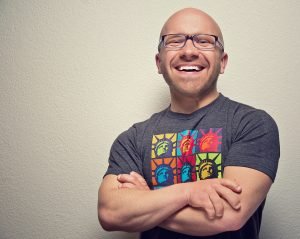